Never thought that I would miss when “white-washing” was the only complaint people had about Marvel and Netflix’s Iron Fist. After nearly 13 grueling hours of the show being marketed as “the last Defender,” I can say without a doubt that Iron Fist is by far the worst Defender. Iron Fist is the story about a spoiled billionaire who returns from study abroad and just can’t stop talking about it.

Much like your college classmate who spent a semester abroad, Danny Rand (the “Iron Fist”) comes back from his trip with a shallow understanding of the culture he visited, but makes sure everybody hears about how much it changed his life. He then proceeds to return to his normal life while borrowing elements of the other culture when it suits him.

Danny is the ‘Iron Fist’…sometimes 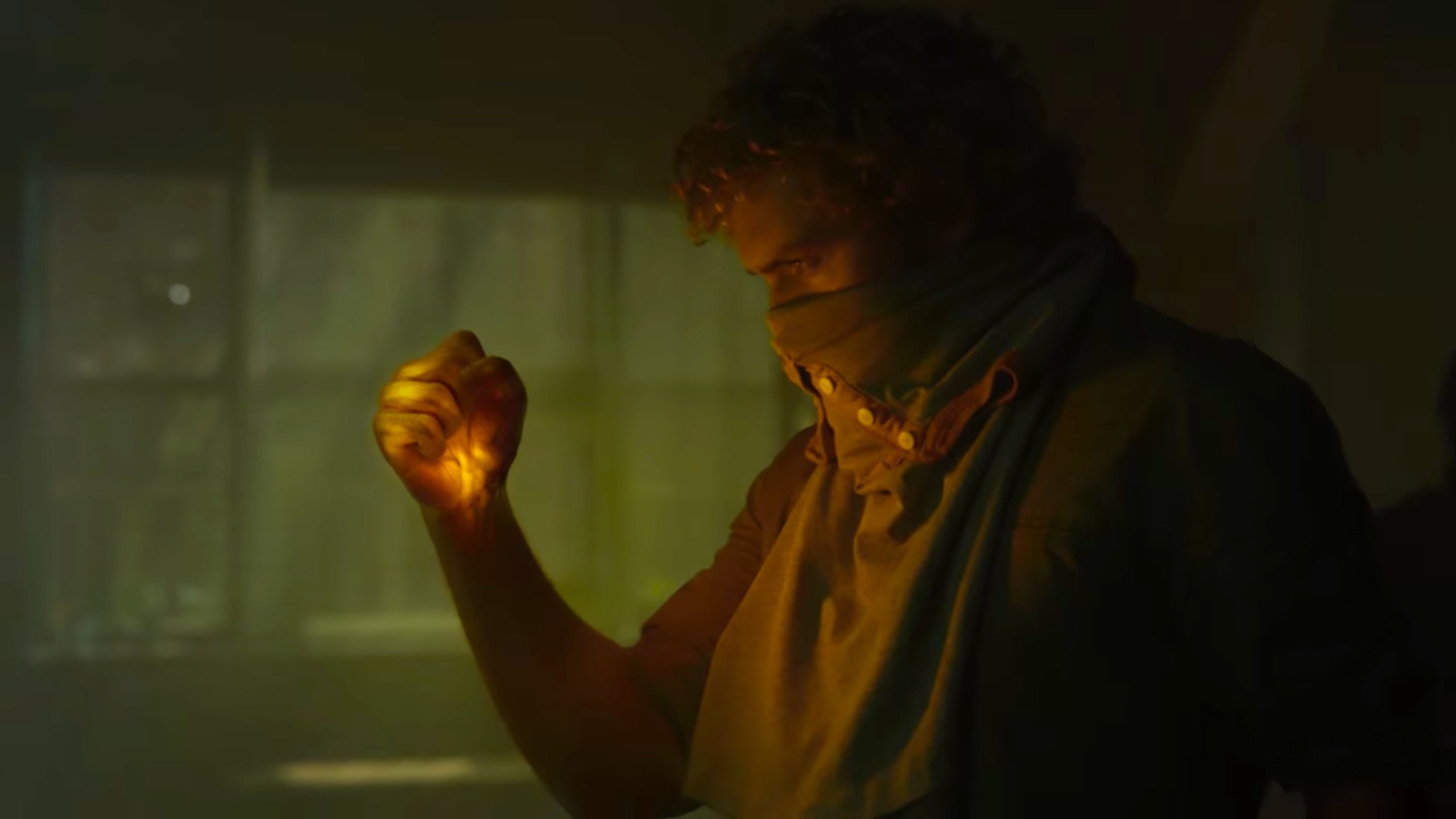 Much of the series consists of Danny trying to figure out who he is. The first two episodes drag on as Danny fights to reclaim his identity and place in his father’s company, as many thought he had perished in the same plane crash that killed his parents. You start off the show thinking this will be an important element throughout the season, but this arc is dropped immediately after a hand print on an old art project proves his identity, and we’re left wondering why we bothered in the first place. After winning his identity back, however, Danny shirks all of his roles at the company because now it’s interfering with his Iron Fist duty. He does this until his parents’ legacy crumbles around him.

Watching Iron Fist, one can’t help but compare the show to Arrow. Both are about marooned billionaires who return from their isolation and decide to defend their city [in tights]. Although Arrow stopped being a good show after Season 2, one thing you can’t take away from it is the show’s portrayal of Oliver Queen and his evolution from before and after the accident.

Danny on the other hand seems to have learned nothing during his time with the monks. Danny is constantly losing control of his anger. He has no zen or center, despite extensive, Bruce-Wayne-style monk training. He spends the majority of the season looking for revenge.

When Danny isn’t being an aggro frat boy, he is a confused dog, following or going along with anybody who walks past him. He wrongfully trusts the Meachums, despite every sign that tells him he shouldn’t. One of the glaring signs that the Meachums shouldn’t be trusted was an actual attempt on Danny’s life, orchestrated by Ward. Danny also trusts the Hand and is immediately betrayed. 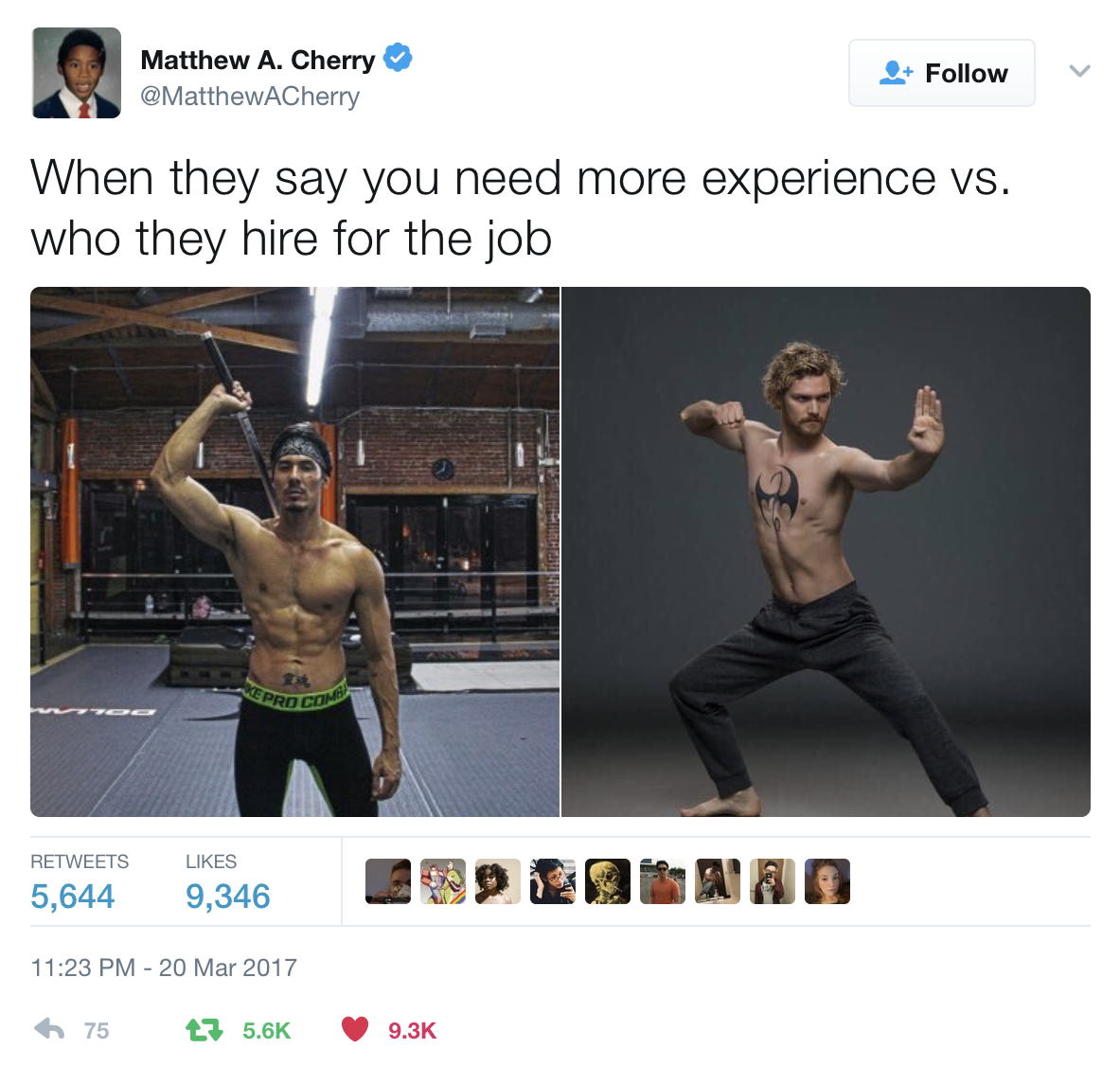 As mentioned before, not only does Danny run his family’s company to the ground; he also refuses to be the Iron Fist unless it suits him. When Danny crashed in the mountains, the ancient order that took him in trained him and raised him. They then imbued Danny with this powerful gift to protect their civilization, but then he takes this power and ditches the ones who raised him. Of course, he brings up his Iron Fist card when he’s trying to impress a girl; a badass martial artist. One who he tells about his “vow of chastity” but later throws away to sleep with her. He was chosen by an ancient order and bestowed with the power to defend their culture. Despite his role as the culture’s first ever outsider to hold the mantle, completely forsakes his brothers.

Don’t worry though; he whips his power out to impress the girl.

Danny then has the audacity to do things like lecture Colleen’s students on the way of the martial arts, and the value of discipline in the dojo, and honoring it. What hypocrisy.

Then when Davos, his friend from K’un L’un comes to New York to seek Danny’s help, Danny all but tells Davos to piss off. Then at one point, to shut Davos up when he gets in Danny’s way, Danny tells exclaims, “I’m the Iron Fist; you don’t tell me what to do.” They also end up fighting, and in the aftermath, Danny tells Davos, “I kicked your ass back in K’un-Lun, and I kicked your ass here.” This isn’t heroic so much as some cro-magnon trying to  beat his chest at another.

Danny in episode 12 says “The longer I spend in New York, the more I realize the duality in life; except there is no duality. There isn’t even a singular focus. He’s just moving from place to place with no consistency.

The season ends with us not knowing what Danny really wanted other than revenge, in which case his training failed. It left me confused as to why such a broken person was chosen to be the Iron Fist.

Sorry, Danny, but you’re neither.

If you still feel like giving this show a shot, you can watch all the episodes on Netflix.