Reconsider reading this, for the blog is dark and full of spoilers.  I know, that was hacky.

Tonight’s episode of Game of Thrones, titled ‘Battle of the Bastards,’ was quite possibly the high point of the season, if not the entire series. Maybe I’m being hyperbolic, but if there was a better episode, I can’t recall at the moment because I’m on that Ramsay bloodlust. Reminder that this is only the penultimate episode. It’ll be really difficult to top this, but if there’s anyone who can, it’s the team that brought us the medieval battle sequence that just turned Hollywood into HBO’s bitch.

Speaking of making someone their bitch, the women of Game of Thrones did this flawlessly.

Sansa took charge this episode, coming in at the last minute with an army of horsemen, like f***ing Gandalf riding into Helm’s Deep, as Jon Snow looks to the East at first light, on the fifth day.

“We’re here to discuss your surrender, not mine.”

Looks like the Masters won’t be a problem anymore for Daenerys. She made it seem effortless too. The funny part about all this was that the Masters even knew she had dragons, but decided to renege on their deal with her anyway. Maybe they thought these dragons weren’t the giant, fire-breathing kind? Easy mistake to make; I walked out of the movie Eragon too.

“You’re all making the same five or six jokes.” Tyrion reminds Theon that the first time they met, Theon made stupid comments about Tyrion’s height. People who make jokes about a person’s appearance are usually saying the same, unoriginal comments that have been heard for ages. This is just one of the many reasons why Tyrion is among the best characters on TV, and coincidentally why Carlos Mencia is a piece of shit.

Rickon clearly never played Halo, because everyone knows that erratic movement makes for a more difficult target. No video games in the Stark household, understandable; they’re pretty set in their ways. The saddest part was watching Jon react to his brother’s death, though it did lead to an epic solo battle charge. Gone too soon. Rickon, we hardly knew you. No really though, you were in like three episodes. Either way, rest in peace.

Hope Jon wasn’t planning on having kids, since he just had his family jewels stomped on for 6 mins. #GameofThrones pic.twitter.com/D0R1c4fYP6

Granted, there were way less people in this stampede than in Wal-Mart during Black Friday, but these guys were all wearing heavy armor. The same thing killed Mufasa in The Lion King, but Jon Snow is just too awesome to be killed like that.  #NoDisrespectToSimba

This POS is finally dead 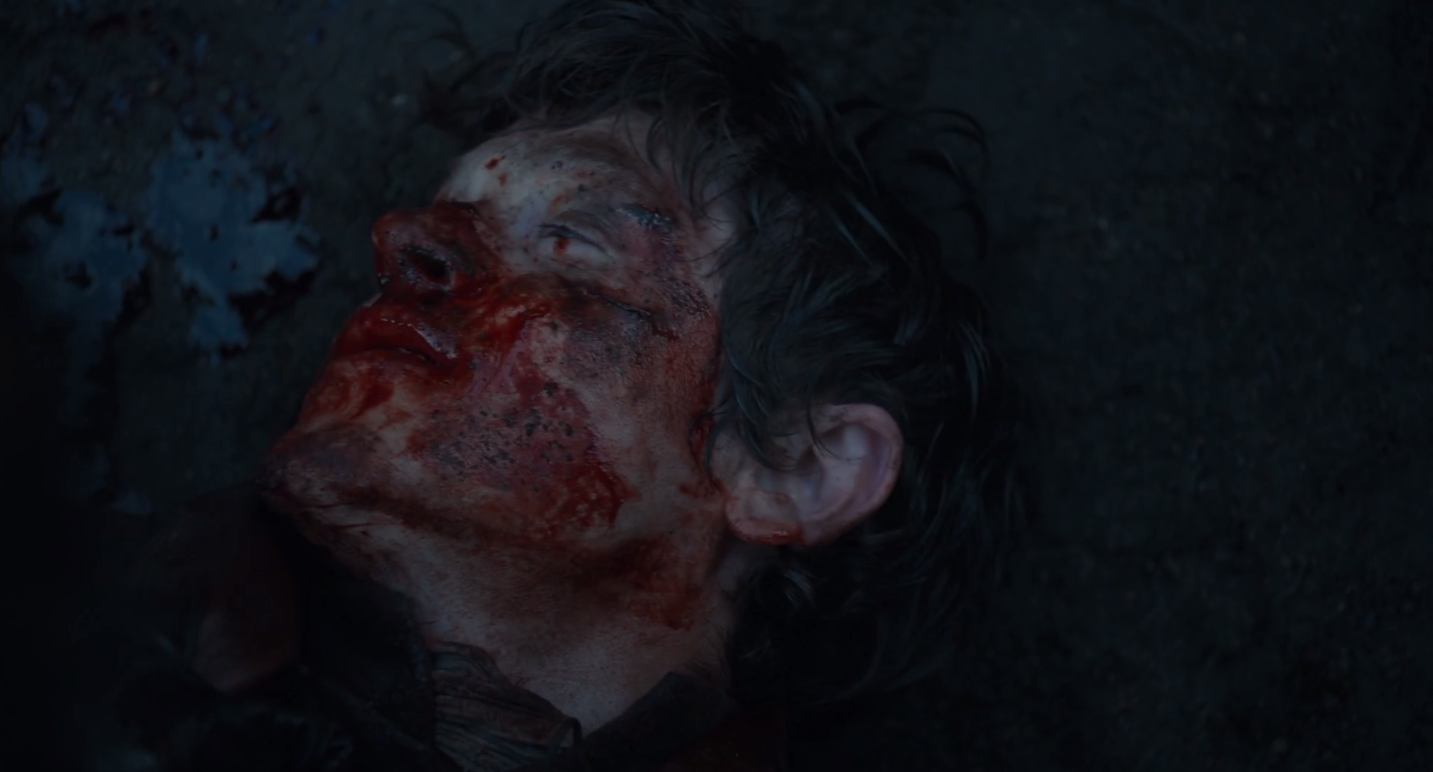 The bug-eyed backup singer for ‘All American Rejects’ finally met a gruesome, and immensely satisfying end.  It was really cool of Jon to give Sansa the kill. She’s going to need to keep getting fed though if she’s going to hypercarry at the end game against the White Walkers. Yea, I stuck a League of Legends metaphor in here. No, I’m not proud of it.

It’s difficult to see how ‘Game of Thrones’ can top this episode, but if anyone is capable, it’s the talented team of this show.

Check out the latest episode.

The Problem with ‘The Walking Dead’